As deputy director of the NRC’s Office of Nuclear Reactor Regulation, Mr. Johnson helped manage several departments, including inspection, licensing, assessment, new reactors, and event response at all 104 commercial and 26 research nuclear reactor facilities in the United States. Earlier in his career, Mr. Johnson was a deputy regional administrator, branch chief, and senior inspector for the NRC. He was the NRC’s principal liaison to other countries’ nuclear regulatory agencies and was past chair of the NRC’s License Renewal Steering Committee; he also has performed nuclear safety assessments at several Department of Energy facilities in the United States. Mr. Johnson has been a featured speaker at IAEA workshops in Europe on topics including regulatory strategy and technical support, to the OECD on regulatory practices, and he has provided consulting to senior U.S. utility executives regarding reactor safety and performance. Mr. Johnson joined the NRC after serving nearly ten years in the U.S. Navy, where he was a nuclear-trained officer who directed dual-reactor plant operations at sea.

Mr. Johnson earned a bachelor’s degree, with distinction, in physics from the U.S. Naval Academy and a master’s degree in nuclear engineering from the University of Virginia.

Dr. James Malone is the Senior Nuclear Fuel Consultant to Lightbridge. He served as Senior Vice President and Chief Nuclear Fuel Development Officer of Lightbridge from 2010-2020. He has more than five decades of high-level experience in the nuclear industry, including extensive experience in all aspects of fuel procurement and management. In late 2009, Mr. Malone retired after a decade with Exelon Generation Company, where as vice president of Nuclear Fuels he provided strategic direction and tactical guidance for Exelon’s nuclear fuel cycle activities. He was responsible for procurement (uranium, conversion, enrichment, and fuel fabrication) for seventeen operating nuclear reactors—PWRs and BWRs—and his expertise guided the management of used fuel. Dr. Malone’s responsibilities also included special nuclear material accounting and safeguards, economics, and fuel cycle costs. Under Mr. Malone’s supervision, the Nuclear Fuels department provided reload bundle and core design, safety analysis, and plant technical support, including fuel reliability, component procurement strategy, and decommissioning strategy.

Before joining Exelon, Dr. Malone served for ten years as vice president and senior consultant at NAC International, where he consulted on fuel reliability and the front and back ends of the nuclear fuel cycle, among other issues. One of his last projects at NAC was the international safeguards system for the Rokkasho Mura reprocessing plant in Japan. Dr. Malone also worked for many years at SWUCO, Inc., first as a nuclear fuel broker, then as manager of technical services, and finally as vice president. Prior to SWUCO, Dr. Malone was manager of economic analysis at Yankee Atomic, where his work led to important decisions on fuel type and design. Dr. Malone began his career in nuclear power in 1968 as an engineer in the utility reactor core analysis section of the Nuclear Engineering Department of United Nuclear Corporation, where his duties included bundle and core design for the Dresden 1 and Yankee Rowe reactors.

Dr. Malone is a member of the American Nuclear Society and past chairman of its Fuel Cycle Waste Management Division. He is also a member of the member of the World Nuclear Association’s Fuel Cycle Members’ Forum. Dr. Malone holds a bachelor’s degree in chemical engineering (nuclear) from Manhattan College, an MBA from Iona College, where he was awarded the Graduate School of Business Award for Academic Excellence, and DBA from the University of Phoenix. 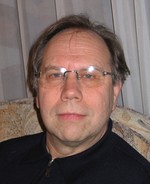 Dr. Alexei Morozov is a world leader and internationally recognized expert on nuclear fuel development and deployment. A nuclear physicist by training, Dr. Morozov has been involved with the Lightbridge Corporation since its founding, first as chief scientist in Russia and from 2009 to 2014, as the managing director of Lightbridge’s Russian Branch Office in Moscow. Dr. Morozov is a prominent nuclear fuel designer with decades of experience at Russia’s leading nuclear development institutions. He has been instrumental in Lightbridge’s proprietary fuel research and development efforts in Russia, which have resulted in multiple patents.

Dr. Morozov was head of physics and engineering research at FSUE Red Star (a subsidiary of Rosatom, Russia’s state nuclear energy corporation), from 2007 to 2009. Prior to that, Dr. Morozov was head of the Department of Physics and Engineering Research at the Kurchatov Institute, Russia’s premier nuclear development establishment, where he led design, technology, and testing activities under contracts with major Western corporations, the International Atomic Energy Agency, and U.S. national laboratories. Dr. Morozov has extensive hands-on experience with nuclear fuel technology; he worked for more than two decades at the Kurchatov Institute on advanced nuclear reactor designs, including for nuclear-powered icebreakers, before focusing on high power density metallic fuel designs.

As one of the most respected nuclear scientists in Russia, Dr. Morozov was honored with that country’s prestigious Veteran of Atomic Energy and Industry Award in 1999. Dr. Morozov, who has published more than 150 scientific papers, received his Ph.D. from the Kurchatov Institute of Atomic Energy as well as graduate and postgraduate degrees from the Moscow Engineering and Physics Institute.

Mr. Simon Murray is an entrepreneur and banker. He serves as director, chairman, and advisor of major multinational companies. He has longstanding business relationships throughout Asia and Europe, and has been a Senior Advisor to Lightbridge Corporation since 2006. Mr. Murray moved to Hong Kong in 1966 and began working for Jardine Matheson. He later set up his own company, Davenham Investments, which was involved in project advisory work, in which N.M. Rothschild took a 50% interest. In 1984, he sold Davenham to Li Ka-Shing and became the Group Managing Director of Hutchison Whampoa, where he stayed for the next 10 years. During this period, Hutchison acquired control of Hong Kong Electric (at the time the largest corporate acquisition ever made in Hong Kong). He negotiated Hutchison’s entry into the oil business through the acquisition of Husky Oil (the largest fully integrated independent oil company in Canada). Hutchison began the enormous expansion of its container terminal operations, Hong Kong International Terminals (H.I.T.), during this period, including the acquisition of the Shanghai Container Port in China and the port of Felixstowe, the largest container port in the UK. H.I.T. remains the largest container port operator in the world today, controlling over 25% of the world’s container ports. Under the Chairmanship of Mr. Li, Mr. Murray led Hutchison’s entry into the mobile telephone business – pioneering cellular phones in Hong Kong and developing the world’s first nationwide P.C.N. system in the UK. – known as “Orange”. He was instrumental in the launching of AsiaSat, China’s first international launching of a satellite, and served as Chairman of its Board in its early years.

In 1998, Mr. Murray established GEMS, as the investment arm of SMA, a private equity group, to make investments in Asia. His investors and partners have included major corporations such as AIG, Hutchison Whampoa, GE Capital, Richemont, Mitsui, Mitsubishi, Development Bank of Japan, and a number of privately-owned family companies. He was Chairman of Sheraton and Hilton Hotels, and served on the boards of a number of Hong Kong public companies from the South China Morning Post to the Cross Harbour Tunnel Company – from the Hong Kong Aircraft & Engineering Corporation, to Hong Kong Electric where he was Chairman for ten years.

Mr. Murray is also a director of a number of public companies, which include Cheung Kong Property Holdings Ltd., Orient Overseas (International) Ltd., Wing Tai Properties Ltd., Richemont SA, Greenheart Group Limited, IRC Limited, Spring Asset Management Limited, and the China LNG Group. He has in the past served on boards and held advisory positions with a number of companies such as Vodafone, Tommy Hilfiger Corporation, Vivendi Universal, Usinor SA, Hermes, General Electric (USA), China National Offshore Oil Corporation (CNOOC), Macquarie Bank, N.M. Rothschild, Bain, and was until March 2015 the Chairman of Gulf Keystone Petroleum; and until May 2013 the Chairman of Glencore International. He stepped down as Vice Chairman of Essar Energy plc in May 2014. In addition to Lightbridge Corporation, he is currently on the advisory board of SouthWest Energy (BVI) Ltd., and is a Senior Advisor on the International Advisory Board of Huawei Technologies Co. Ltd., PRC. Mr. Murray was awarded the Commander of the Order of the British Empire (CBE) by H.M. The Queen, and the Order of Merit of the French Republic and is a “Chevalier de La Legion d’Honneur.” In 2005 Mr. Murray became the oldest person to trek to the South Pole unsupported.

Dr. Sam Vaidyanathan is a leading expert on advanced nuclear fuel development, with experience in the development, testing, and engineering of nuclear fuels, materials, and core components. He has an extensive background in both light water reactors and fast reactors. In 2006, Dr. Vaidyanathan became a senior technical advisor to Lightbridge Corporation.

As a top fuel technology leader at GE Nuclear, Dr. Vaidyanathan was senior program manager and principal engineer for fuel development and plutonium disposition. Among many accomplishments, he coordinated the GE Astro-Space Division’s highly successful national task force for the multidisciplinary effort to qualify uranium nitride fuel for space reactor applications. He also worked in GE’s Nuclear Systems Technology Operation, where he collaborated with scientists from the U.S. government’s nuclear laboratories. Dr. Vaidyanathan, who has led studies on plutonium conversion and on mixed oxide (MOX) fuel fabrication, has also pioneered technical strategies for the disposition of weapon-grade plutonium as MOX fuel in boiling water reactors and has developed methods to better evaluate safeguards during the disposition process. As a consulting engineer, Dr. Vaidyanathan served as an expert on space nuclear reactor power systems and concepts, published in scientific journals on topics such as reliable space reactors, and researched fuel additives in relation to pellet-cladding interaction in nuclear reactors.

Dr. Vaidyanathan earned his Ph.D. in mechanical engineering from the University of California at Berkeley.